Gripping or uplifting. Hypnotic to hilarious.

Gripping or uplifting. Hypnotic to hilarious. 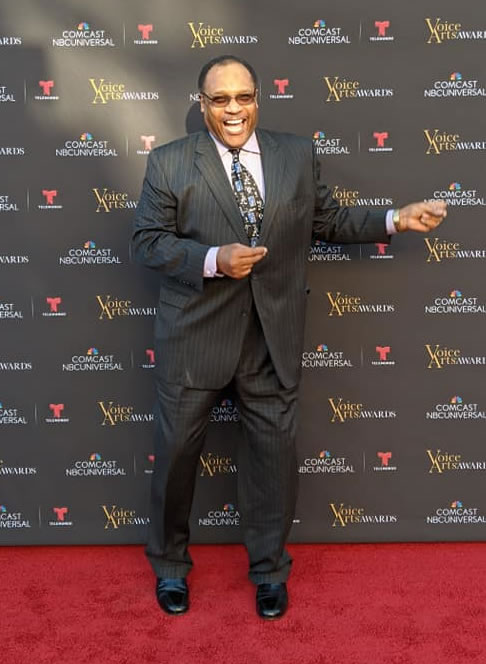 As a kid, Michael Glover wanted to be Elvis — the coolest dude, with the kickass hair and mesmerizing voice. He discovered his idol at the movies. He’d tag along with his mom and “Mamaw” on Saturday errands. Then they’d grab a bite to eat and take in an Elvis flick. On the bus rides downtown and back home again, Michael dreamed of life as a performer. He was determined to make that dream a reality.

As a young man, Michael found work as an actor. He did a TV commercial with Michael Jackson, was an extra in “Rocky 2,” and had a part in Steve Spielberg’s “1941.” Meanwhile, he made his living as a flight attendant with American Airlines — a career that gave him the flexibility to take his work as a performer in new directions. He performed solo at nightclubs across the country and overseas. He was in a band that toured Korea, Japan and Alaska for the U.S. Department of Defense. And he embarked on his voice actor career, using his downtime in hotels to train and record.

The schedule was intense. After decades at the airline, Michael retired from flying in 20XX. Shortly after, his mother died and he decided to take a break from it all and regroup. These days, he’s happily retired from the globetrotting lifestyle. He lives with his wife (his rock), Vicki, and he’s back in the voice over game, bringing his full array of skills and experiences from acting and singing to flexibility and customer service  to play in every vo project he does. He is truly The Voiceover Array.

Michael is one of the best students I have. His desire to learn is insatiable.
– RANDY THOMAS

Michael Glover will always be “the voice” to us. It’s smooth yet textured tone hypnotizes our audience to always want more. Working with him over the years has always been professional. He’s fast, quick and strives for perfection. There is a reason we have only had one voice over guy and that’s because when you have something that works you stick with it. Michael always and will always work for Signal 23 Enterprises.
– HENDERSON MADDOX – Owner and CEO of “SIGNAL 23TV”

Michael was professional and a pleasure to work with. He took the time to immerse himself in my characters and really nailed the performances I wanted from him. His enthusiasm was infection and I look forward to working with Michael in the future.
– JACOB JENERKA – Video Game Producer